Assam has a very strong historical background of local self government. The villages in Assam had a strong Panchayat in different names or forms since long past. Assam was one of the pioneer States in India to enact Panchayat Act and establish Panchayati Raj in the State when the Assam Rural Panchayat Act, 1948 was passed. This Act was amended and replaced by the Assam Panchayat Act, 1959, the Assam Panchayati Raj Act, 1972, the Assam Panchayati Raj Act, 1986 and finally the Assam Panchayat Act, 1994 which incorporated the provisions of the 73rd Amendment Act, 1992 of the Constitution of India. The Assam Panchayat Act,1994 received the assent of the Governor on the 22nd April 1994 and elections were held in October 1996, for establishing a three-tier Panchayati Raj system in the State at the village, intermediate and district level.
The PRIs in Assam have a three-tier system. Gaon Panchayats (GPs) at the village level are the key units, while the middle level comprises of Anchalik Panchayat (AP) at the block level, and Zilla Parishads (ZPs) at the apex level. As a matter of fact, Anchalik Panchayats are the conduits through which most of the funds for rural development flow to Gram Panchayats. Now development funds for many schemes are directly channelized by the central and state governments to Gram Panchayats and Zilla Parishads at the district level. The apex PRI tier is responsible for preparing an integrated annual plan for the district for rural as well as urban areas through District Planning Committees (DPCs). But so far this role has been performed by various departments because of lack of preparedness, awareness, and understanding regarding their prime role in preparing annual plans of development.

Total number of Elected Representatives and Chairpersons in the State 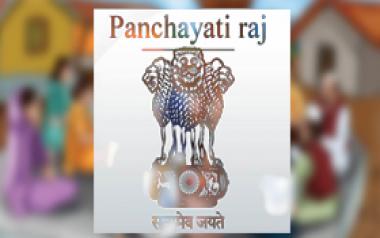